As with past Seasons, Season 10 continues to introduce new cosmetic rewards, obtainable by progress through the Season Journey.

In addition to the Head and Shoulders slots of the exclusive Conqueror Set, a brand new series of portraits themed around the Black Soulstone will be available. Pennant collectors will also be pleased to see a new arrival—Loremaster, inspired by the Book of Cain! 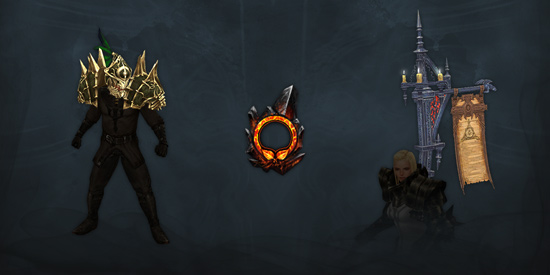 If you’ve been playing the past few Seasons diligently and reached Conqueror in the Season Journey each time, you’ve accrued a few extra stash tabs. Players who have not yet earned a total of four stash tabs via the Season Journey can still unlock an additional stash tab by completing the following tasks at the Conqueror tier:

Complete a Torment XIII Rift in under 5 minutes

Kill Maghda on Torment XIII in under 15 seconds

Reforge a Legendary or Set item

Speaking of Conquests, we’re rotating those too! Love going as fast as you can?Sprinter and Speed Racer will be making a return. Want to go fast while killing things? Boss Mode and Worlds Apart are right up your alley. On A Good Day andI Can’t Stop are making a return, if leveling your Legendary Gems is more your thing. Finally, if you’re keen to prove your mastery of various Class Sets, Years of War and Dynasty will be returning along with Masters of the Universe andMasters of Sets. 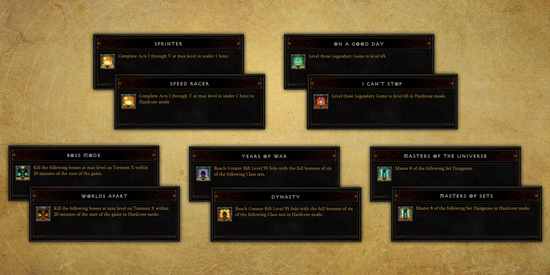 Finally, just as before, you’ll get a shiny new Class Set courtesy of Haedrig’s Gift for completing certain chapters in the Season Journey. We’ve listed the available Sets below. For those new to Seasons, here’s how it works:

Completing Chapters 2, 3, and 4 of the Season Journey will reward you with three Haedrig’s Gifts. Each Gift contains a few pieces from one of your Class Sets. Players can only unlock one Class Set in this manner per Season across Hardcore and Non-Hardcore, so choose wisely!

In addition, the set you receive will depend on the Class of the character you’re playing when you open each Haedrig’s Gift. To collect a full Class Set, you’ll need to open all three on the same character.

Here are the sets granted by Haedrig’s Gift in Season 10:

Barbarian – The Legacy of Raekor

Demon Hunter – Embodiment of the Marauder 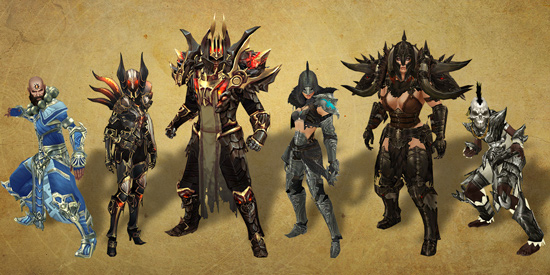 BTW, if you are waiting for an experience starting the new season on PS4 or Xbox One, there you are. More details will be coming soon.