Guide to Earning XP in GuildWars2

Getting your character all the way fromlevel one to eighty requires a lot of time, work, and, of course, experience.Unlike most MMOs, Guild Wars 2does not chain you down to just one or twomethods to earn xp for your character. In fact, there are quite a few differentways for you to harvest those xps laying all around Tyria. Whether you use allof them, or just some of them, depends upon how you wish to play the game.Let's take a look at the multitude of ways to bring your character from zero tohero.

The most obvious way to earn xp in GuildWars 2 is to kill every creature you see. You get xp for every monster youslaughter, and with the game's scaling mechanism, everything you face willyield some xp. You can maximize your xp harvest from combat by traveling to outof the way locations in that Guild Wars 2 rewards you bonus xp if you kill acreature that's been alive for a long time. So it would behoove you to hitthose lonely areas of a zone where few players travel. However, grinding out xpby killing creatures is probably the slowest way to earn xp overall. It isworth it if you're looking to do an achievement, but I wouldn't recommend thatyou solely focus on killing mobs to grind out levels. 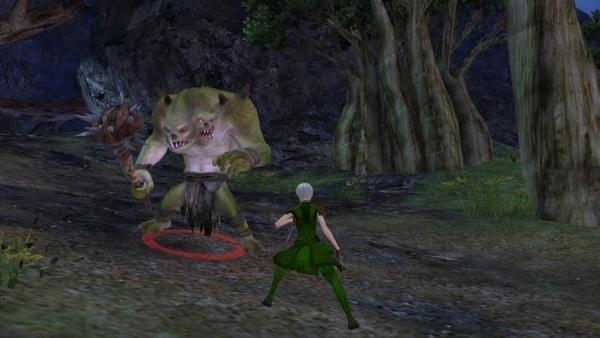 The second way to earn xp is to fill up RenownHearts. These are fixed quest locations in every zone marked by a big heart onyour map. You'll perform a number of different tasks associated with that area,and once you're finished with those tasks, you'll be rewarded with xp and someKarma you can spend at vendors.

Dynamic events are quests that will pop upas you travel through the various lands of Guild Wars 2. These events willshow up on your map and can different forms. One of the most common events isproviding escort to either a trader or for some person looking to get from oneplace to another. Naturally, there'll be plenty of attackers spawning along theway. Other events include defending local citizens from attackers or helping togather items that need to be turned in to an NPC. The more you participate, themore xp your character will earn.

Players can earn xp by going into dungeons,which are instanced areas that are group-based. You can replay the variousdungeons as many times as you wish, but there are two modes to them. The firsttime you enter a dungeon will be story mode. This mode has cutscenes andfollows a linear path. Once you've finished story mode for a dungeon, then youcan play it in explorable mode. This second mode tends to follow the events ofthe story mode and has more options open to the players as they explore thedungeon.

Scattered throughout the lands of GuildWars 2 are various skill challenges. These can take the form ranging fromsimple communion with an object to single combat to fighting through a mob ofcreatures to trigger an item. Completing a skill challenge will earn you somexp and, perhaps more importantly, a skill point to spend on your slot skills.

While normal PvP doesn't result in any xpgain, you can gain xp by partaking in World-versus-World (WvW) PvP. You'll earnxp by defeating enemy players in combat, taking keeps, and doing dynamicevents.

There are a number of daily achievementsthat a player can do to rack up some xp. These include doing a number ofevents, gathering a certain amount of resources, killing a specific number ofcreatures, and killing a number of creature species. These achievements reseteach day so you can gain this xp every day. 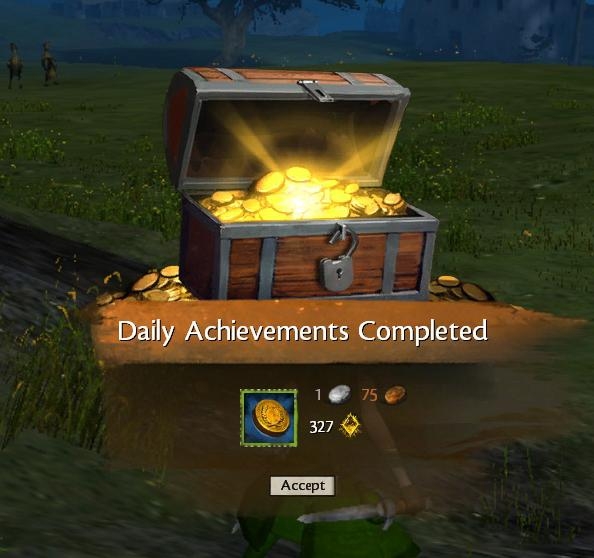 You can earn a small amount of xp byreviving NPCs or other players. This is a nice touch as that it adds a littlebit of incentive for players to heal each other as opposed to just running pasttheir broken bodies.

Our final method of earning xp in GuildWars 2 is through gathering and crafting. What is nice about the system inthe game is that gathering resources isn't tied to any particular craftingability. All you need is a gathering tool (pick, axe, or sickle) to harvestresources. Once you have resources, you can earn more xp by crafting items anddiscovering new recipes.

While there are lots of different ways toearn xp in Guild Wars 2, the beauty of the system is how it workstogether. While doing an event will net you xp, you'll also gain them bydefeating creatures during the event. Escorting a merchant might take you to anew area, which will result in more xp for discovering a new point of interest.Loot drops may contain resources you'll use to craft, thus reaping in more xp.PvE not your cup of tea? Then head off to world-versus-world and startgathering xp there.Guild Wars 2 allows you to earn xp depending upon yourown particular playstyle and the result is a rather elegant system.