Guide to the Queen's Gauntlet in GuildWars2 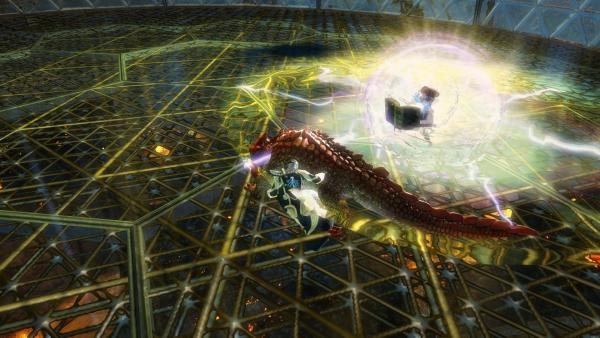 Dodge when he does his wind-up and useranged abilities with cripples or chills. Generally just keep him at adistance.

Easily kite-able with cripples and chills.Just keep him slow and you can easily get the full ten stacks for theachievement without issue.

This one practically requires stability.Burst her down as quick as possible to avoid dealing with multiple tornados, orstick a mass of conditions on her and focus on avoiding the tornadoes as sheticks down.

The main strategy to this fight is kite herinto the darkness circles, burst her down when she's vulnerable and keep aclose eye out for when she stops spamming her short range attacks so you candodge, move to a shadow circle or pop an invulnerability skill.

It's best to stay near a darkness circleuntil she pauses to cast her massive one-shot skill so that you can movequickly to it's safety and not have to scramble for one. 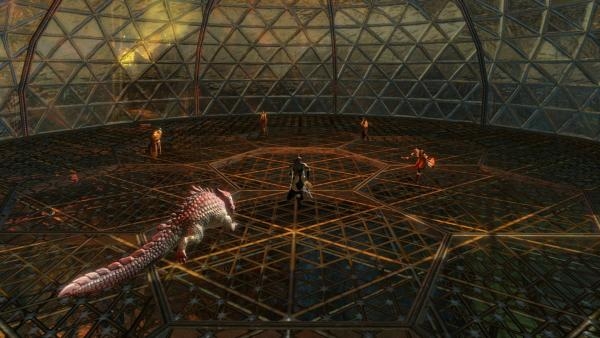 Kite with cripples and chills, and useinvulnerability or dodge when he gap closes.

Use a skill that gives you speed, or givesyou haste so you can collect about 10-15 orbs to give you a substantial enoughboost to damage to burst him down. Having both, however, as well as a movementskill should give you enough time to gather a full stack of the orbs for theachievement.

Leaving the flame circles is not an optionuntil they fade away, so just keep a close eye on the slow moving fire wavesand you should be able to maneuver between them without issue. When the circlegoes down strafe in a clockwise circle (until another flame circle pops up)while ranging him.

The crew of the pirate ship Ravenous

You'll want one weapon set that is a littlemore AoE/multiple target friendly, then one for single target destruction.You'll want to take out Stitches → First Mate → Master Gunner → Captain.Stitches so she doesn't keep healing the others, the First Mate second becauseof the strong burst it has, Gunner for the frustrating AoEs and conditions andthe Captain last because he's your only choice left!

If you don't care about the achievement:AoEs and weapons that target multiple mobs so you can always hit the Subject 7among it's mass of oozes.

If you want the achievement I suggestpushing/pulling Subject 7 out of the middle of the group and focusing it downwith a melee weapon. Utilize projectile negation (Guardian's Shield of theAvenger or thief's smoke wall) to ignore the other oozes while you hit Subject7.

Basically you just need to stay in his faceby using gap closing skills (if it's not a teleport, I recommend popping aninvulnerability skill as you gap close for all the bombs) and bursting him downwhile you are close. You can either dodge through his sniper shot, or invulnerablethrough it.

You want to steal the meat away fromChomper until you have about five stacks of the buff, so you'll want to usecripple and chill skills to keep Chomper away from the food. After you getbuffed up focus down Chomper with Conditions or a massive burst build, thensmack down Strugar.

To be honest, this is a very tough battlethat takes a lot of learning how the AoEs work and how you should be attackingand cleansing conditions.

The build I ended up using to crush her waswith a Berserker Guardian 3-shout build utilizing 0/0/30/30/10 (traiting forshouts to remove conditions and boons heal) with Shelter, Renewed Focus andStaff as you only weapon. 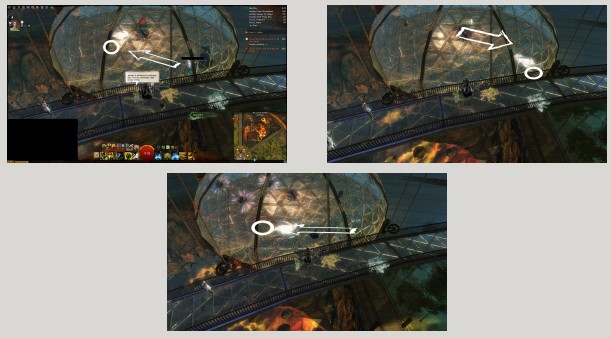 You will see in the screenshots how playermoved during phase one, to make it fast and to dodge as little as possible andalways make sure you pop the Rifts when you see them spawn, or they canentirely screw up your groove.

Phase Two I move player towards the centerof the dome and run in a clockwise circle to offer the least amount of distanceto get to the next safe spot. She will hit you with bleeds, weakness andcripple so you will want to use a shout when you are afflicted. Staff was thebest weapon, here, so player could hit through the clones of her and make surekept hitting her during sharp turns. This is the phase where I would useRenewed Focus and Shelter as panic buttons, but also to clear out the clones sothey weren't massive pile-ups.