My first impression with Warlords of Draenor 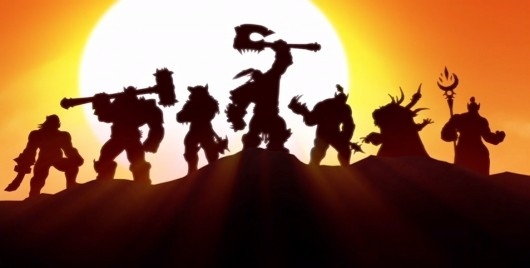 World of Warcraft 6.0 was just officially released for the Chinese server. Being a fan of WOW myself, I couldn’t wait any longer for such a moment when I could step into Draenor. To be honest, I haven’t fully read about the lore of Draenor yet, so I am kind of confused at the moment. But it doesn’t matter much, for Blizzard has sweetly arranged a questline, following which, I could start this fabulous journey smoothly.

Following the questline, I arrived at the Dark Portal. Here I met the young Khadgar and Thrall (We know the setting is 35 years ago in Draenor and we are able to see those heroes appeared in the former expansions.) I had to admit Khadgar was really handsome when he was young; however, Thrall seemed to have no change at all—still with the same face. I’ve heard there would be a movie of WOW with Khadgar as the protagonist. I wonder whether it is true, but it has already made me excited only by thinking of it. Oh, stop! Now is not the time to be infatuated with a handsome guy. What’s more, I am a guy myself!!! OK. Kidding! Actually, the first thing I did in Draenor was to open the map, making a comparison between the Outland and Draenor, and then began the new journey.

Passing through the Dark Portal, following Khadgar and Thrall, I started to accept one quest after another. I felt so easy and pleased doing these quests because as a Mage, with my equipment from Orgrimma, everything was just a piece of cake. It’s so nice hearing “biu biu biu” and in a few seconds, quests done. Soon I got to Shadowmoon Valley. I built my Garrison of course. That’s a brand-new start. I’m already looking forward to a bright future. What will happen next?

Author of this article is from sse team, a Level 91 Mage at present.