June 13, Paced by their talismen Arjen Robben and Robin van Persie, Netherlands notched a stunning 5-1 victory against Spain in the Group B opener here on Friday in what was a rematch of the 2010 World Cup final in South Africa.

Xabi Alonso's penalty kick helped Spain to break the deadlock in the 27th minute after Dutch defenderStefan de Vrij brought down Spain center Diego Costa, who was booed whenever touching the ball as he chose to represent Spain instead of Brazil.

Dutch skipper van Persie leveled the score in the 44th minute as his flying header went past Spanish captain and keeper Iker Casillas following a long curling cross from the middle of the pitch.

In the 53rd minute Robben met a long pass in the area. He flicked past Gerard Pique and curled in with his left foot.

Defender Vrij managed to make up for the mistake he made in the first half as he touched in Sneijder's in-swing free kick at the far post to double the lead to 3-1.

Van Persie dispossessed the ball from Casillas and tapped in the open gate in the 72nd minute whileRobben surged another solo run in the 80th minute as he flicked Ramos and rounded Casillas before making it 5-1.

The Netherlands still had several chances in the final minutes but the 5-1 scoring-line is good enough for the Dutch to taste the sweet revenge of the final loss in South Africa four years ago, when Spain won 1-0 after extra time to lift the trophy for the first time in history. 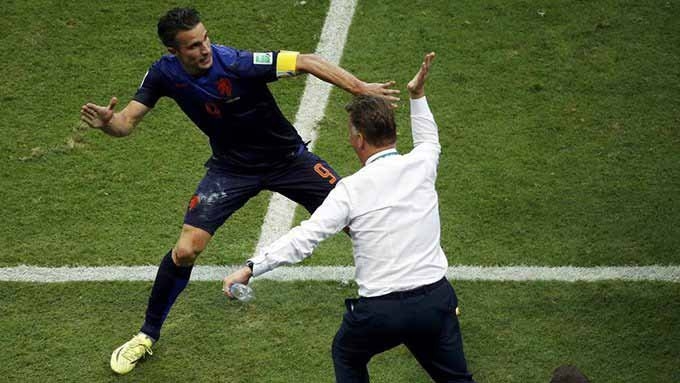 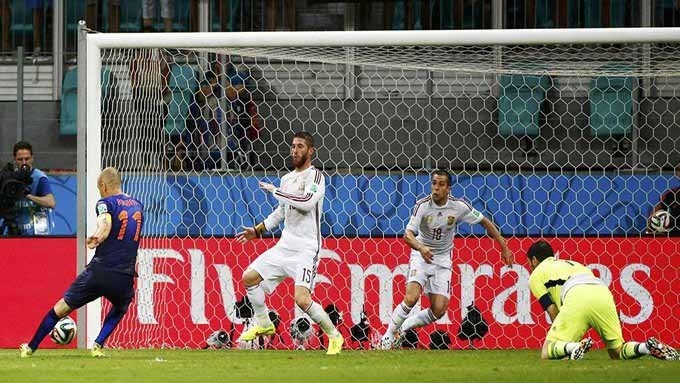 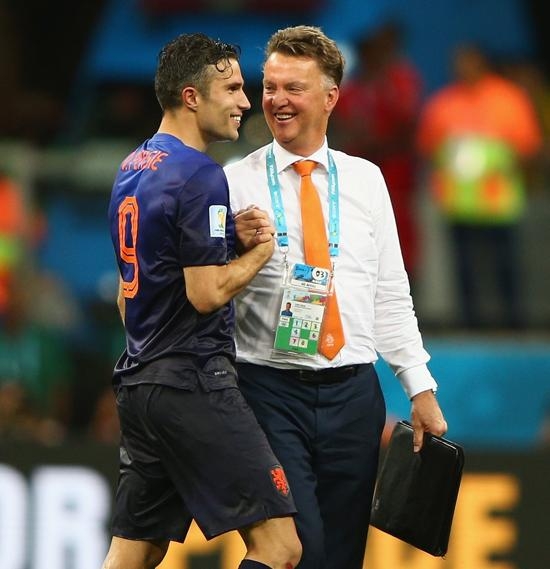