Something interesting when playing World of Warcraft 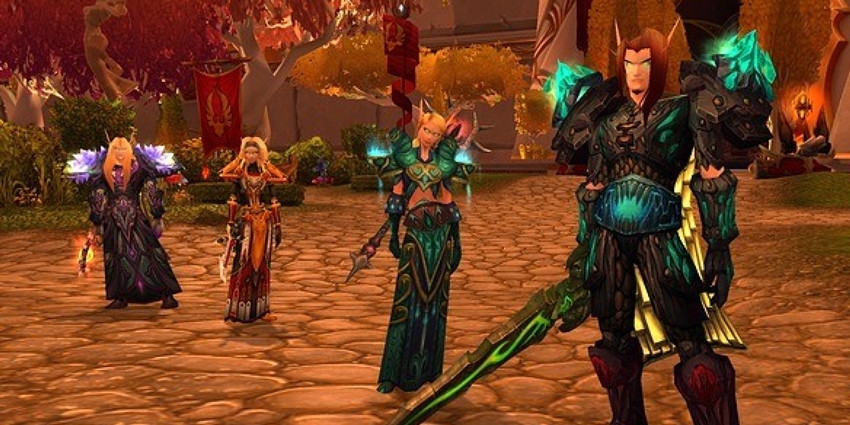 Hi, there, me again, the level-100 Mage from sse. Let’s keep talking something about World of Warcraft. Last time I shared some ways to quickly get garrison resources and this time I’m gonna share something interesting.

Earlier today, when I was ready to do a heroic raid, a Shaman came to me suddenly at the entrance and said to me: “Mage, why not set a table?” I was shocked as well as flattered, because it’s been along time, really long time, since I did some charity like giving away food. I even forgot I had this skill, as in the last edition, a simple Evocation Glyph would help increase blood, let alone increasing mana.

The Shaman helped awake my countless memories to wow, especially those interesting things.

1  The funniest one is about a friend of mine. He was an Elf Rogue. He was in XLSS and irritated a Hunter. In the end, the Hunter gathered several others and intended to kill him. My friend was so afraid and kept being stealthy. At that time, another Elf Rogue with almost the same equipment as my friend’s came by leisurely… You can imagine what happened next. But according to my friend, his battle record took up 3 pages in just 5 seconds.

2  Here is another one. I was a Priest ready to kill DK with STSM. On the way I fought against the witch who had the ability of possession. I should have removed the possession when I had 50% blood, but because of a server error, it wasn’t removed right away. I seemed to have seen the indistinguishable snigger from my teammates. I was utterly discomfited and with about 25% blood, I was finally myself. Guess what happened? Well, a fury Warrior, a Paladin with a hammer, a Mage with a fireball, a Hunter with a bow pulled, and a Rogue with beaming hands—all aiming at me. OMG!

3  The most dumbfounding is in a raid. It was a random grouped team, and a Mage shouted to another Mage: “Give me some intelligence. ” Errrrrrrrrrrrrrrrrr…

With the new expansion, many of my friends returned to WOD. What will happen in the future? What interesting stories are waiting ahead? I am really looking forward to it. Maybe this is the reason I keep playing the game.