Speak out your love on Mother's day!

Mother's Day is a celebration that honors mothers and motherhood, maternal bonds, and the influence of mothers in society. It is celebrated on various days in many parts of the world, most commonly in March, April, or May. It complements Father's Day, a celebration honoring fathers.

Celebrations of mothers and motherhood occur throughout the world. Many of these trace back to ancient festivals, like the Greek cult to Cybele, the Roman festival of Hilaria, or the Christian Mothering Sunday celebration. However, the modern holiday is an American invention and not directly descended from these celebrations. Despite this, in some countries Mother's Day has become synonymous with these older traditions. 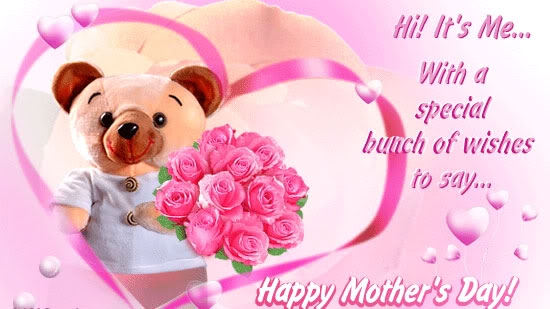 Julia Ward Howe was the first to proclaim Mother's Day in 1870. Her Mother's Day Proclamation was a pacifist reaction to the American Civil War and the Franco-Prussian War. The modern holiday of Mother's Day was first celebrated in 1908, when Anna Jarvis held a memorial for her mother in America. She then began a campaign to make "Mother's Day" a recognized holiday in the United States. Although she was successful in 1914, she was already disappointed with its commercialization by the 1920s. Jarvis' holiday was adopted by other countries and it's now celebrated all over the world.

In 1912, Anna Jarvis trademarked the phrases "second Sunday in May" and "Mother's Day", and created the Mother's Day International Association. She was specific about the location of the apostrophe; it was to be a singular possessive, for each family to honor their mother, not a plural possessive commemorating all mothers in the world.

Common usage in English language also dictates that the ostensibly singular possessive "Mother's Day" is the preferred spelling, although "Mothers' Day" (plural possessive) or "Mothers Day" (plural non-possessive) are sometimes used.In some countries the date was changed to one that was significant to the majority religion, such as Virgin Mary day in Catholic countries. Other countries selected a date with historical significance, such as Bolivia using the date of a battle where women participated. See the "International history and traditions" section for the complete list.