The bug of unlimited-gaining reputation of the main cities！

Hey guys, are you now leveling some new characters and working hard still on gaining reputation of the main cities to get the bonus of the mounts and other benefits? Did you guys ever hear about the bug of unlimited-gaining reputation of the main cities? Whatever, if you have known about it, just make sure it’s the same one, or else, just have a try according to what I am going to show you:

You should know where the raid-Hellfire Ramparts is. You could solo it if you are level 85, and also you could go there with your mates to gain unlimited reputation of main cities together.

As we all know, this raid donates reputation to Thrall mar/ Honor Hold without any tabard of main cities’, meanwhile, you could kill the monsters to gain some materials for Tailoring or Engineering as well if you want. As you come to the last boss-Vasdes and his mount-Nazan. Put the tabard of the main cities’ which you want to make Adored, with the level 25 guild flag that could help gain some extra reputations. If you don’t have it yet, then never mind.

There comes the most important tips you should keep it in mind: Attack Nazan as much as possible, as it got to the last few blood (let it fall to die), run back as far as you could, when Vasdes disappears then you could try another run.

It’s quite easy, isn’t it? Just have a try :) And share the experience with your friends!! You could also use this way to earn some WOW gold of your own—Yelling around: Boost to gain reputations, 30k Exp/1h (level 25 guild flag needed) only for 400-500G (you can make the price on your own of course). 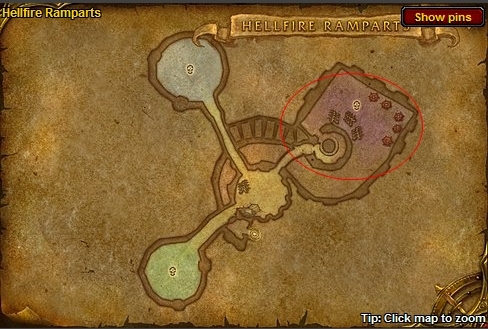