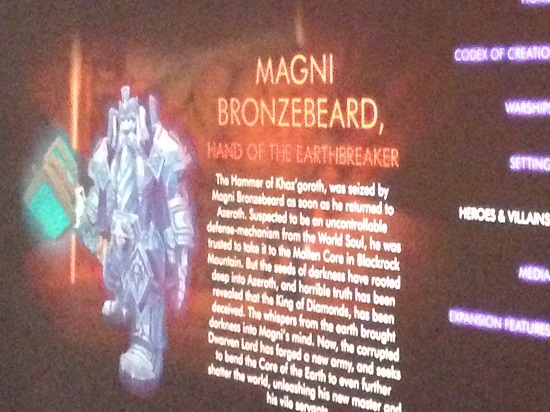 Rumor has gone that  details of the next World of Warcraft expansion have been leaked. It's a pretty hefty amount of material to dismiss outright, so we'll give you the nitty gritty and you can decide for yourselves.

World details:
Heroes & Villains
Other features:
Of course, and as with all things rumor, take everything with a grain of salt. There are misspellings throughout the materialsso take it for what it's worth. Check out the full details here.