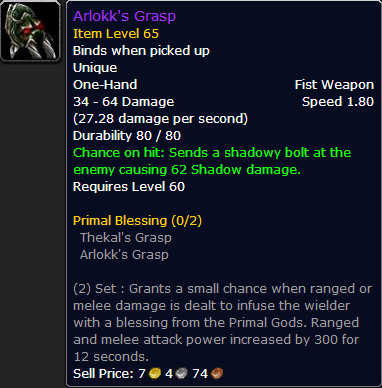 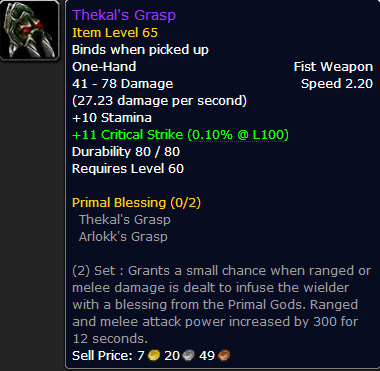 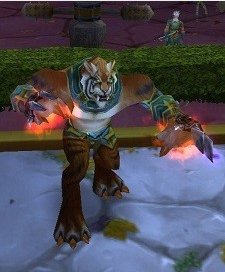 Why they're awesome: First of all, weapon sets are just cool on their own. Second, this set had the most intimidating bonus of all time: as an on-hit proc, you would transform into a gigantic tiger-man and gain 300 attack power.
Because the drop rate was so low for both weapons, very few people ever managed to put a set together. Unfortunately, the weapons weren't spectacular statwise and the proc wasn't frequent. The updated ZG included tributes to these weapons, but to players' consternation the tiger proc did not return.

NO. 9. Headmaster's Charge  （no longer available） 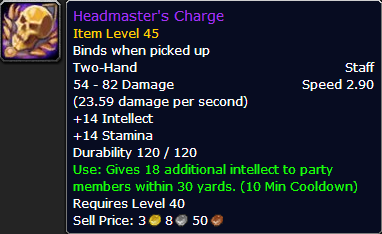 Why it's awesome: The staff's unique on-use effect gave an extra 20 intellect to your entire party, and the buff stacked with Arcane Brilliance. AB gave 40 intellect at level 60, so 20 int was a 50% increase. The Headmaster's Charge was one of the few weapons in WoW that made your whole party better. Unfortunately, you had to keep the staff equipped to keep the bonus, but it was still a solid weapon for classic casters. 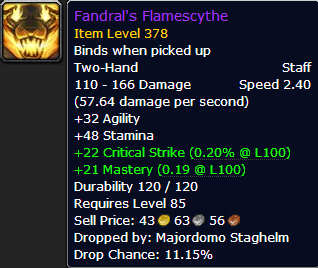 Why it's awesome: The Flamescythe, despite not being in any way, shape, or form a scythe, was a great weapon for its tier for any agility-based class that could equip it. Of course, the Flamescythe hada special property when a feral druid took it into combat: you were transformed into a Flame-Bathed Cat of Fiery Doom.
The staff also has a hidden on-use effect that will give you the Druid of the Flames buff, on a two-hour cooldown. Druids can now also obtain the form without the weapon by farming Burning Seeds from Firelands. 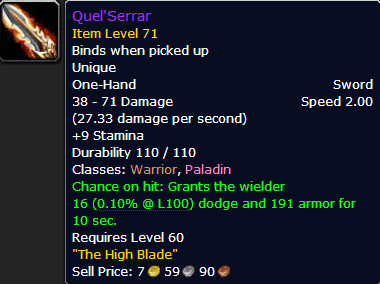 Why it's awesome: Quel'Serrar was the premier tanking weapon in early vanilla raiding. It had stamina along with a fantastic tanking proc that gave you extra dodge and armor. Because of that proc, tanks who obtained this weapon were immediately tougher to kill, so healers loved QS just as much as the meat shields.

NO. 6. Gurthalak, Voice of the Deeps 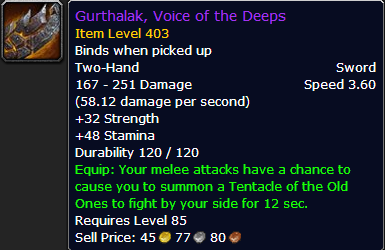 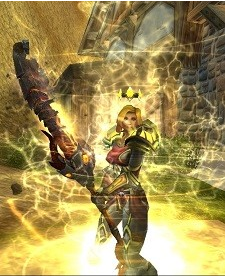 Why it's awesome: Unlike other summon-proc weapons, Gurthalak doesn't just call whelps. It brings Old Gods as backup. Tentacles spawn and cast Mind Flay. The proc has no internal cooldown, so you can have multiple tentacles at once.
During its time, the weapon was incredibly powerful in both PvE and PvP because of Mind Flay's snare component. The timely intervention of the Old Gods is said to have single-handedly won arena matches.